During her budget speech, Finance Minister Nirmala Sitharaman said 5G mobile services will be available by 2022-23, indicating that India is eager to implement the technology.

“All major telecom companies, including Airtel, Reliance Jio and Vi, are testing their 5G networks in different trials. The government is also discussing with telecom operators and other stakeholders 5G spectrum auctions that will be businesses this year,” she said.

5G is also expected to open opportunities for collaboration with like-minded partners such as Australia and Japan, which sounds a little optimistic after NEC Corporation Chairman Nobuhiro Endo said Monday, following a a meeting with Prime Minister Narendra Modi in Tokyo that Japan will contribute to India’s smart city and 5G projects.

In 5G-centric technologies such as Internet of Things (IoT), Artificial Intelligence (AI), robotics and cloud computing, India will need 22 million skilled professionals by 2025. With a steadily growing subscriber base, the industry has seen a lot of investment and development. According to data provided by the Department for the Promotion of Industry and Internal Trade (DPIIT), FDI inflows in the telecommunications sector totaled $37.97 billion from April 2000 to March 2021.

Given that telecom providers have previously said they will need six months to develop their 5G services after the 5G spectrum auction, Union Minister Vaishnaw believes the 5G service rollout will take place around August. or September.

That being said, telecom companies have been given an extended deadline until May 2022 to test their 5G networks, there may be opportunities for them to accelerate the commercial deployment of 5G. Or, as Jio has done in the past with beta testing of its 4G-only network, telcos could roll out 5G services on a limited basis before broader commercial rollout.

Gujarat’s Minister of State for Communications, Devusinh Chauhan, told the Rajya Sabha that 5G spectrum auctions will be conducted very soon and next-generation 5G services are expected to start before the end of the year.

Responding to a further question during Question Time, Chauhan also said that the four companies have been allocated spectrum to conduct trials and added that the trials should be completed soon.

To provide flexibility to telecommunications service providers (TSPs), a block size of 10 MHz for the 3300-3670 MHz band and 50 MHz for the 24.25-28.5 GHz band is recommended. Spectrum should be allocated contiguously, the watchdog said.

He said the Department of Telecommunications (DoT) should carry out harmonization exercises in the 800 MHz, 900 MH and 1800 MHz bands immediately after the completion of the 5G spectrum auction so that the frequencies allocated to TSPs are contiguous.

According to the India Brand Equity Foundation, India’s 5G subscriptions will reach 350 million by 2026, representing 27% of all mobile subscriptions.

Unlike the existing coverage-based deployment obligations, considering the deployment of 5G network in the bands 3300-3670 MHz and 24.25-28.5 GHz, easy deployment conditions based on network deployment have been recommended for these tapes, Saudi Gazette reported.

According to the India Brand Equity Foundation, over the next five years, an increase in mobile phone penetration and falling data costs will add 500 million new internet users in India, creating opportunities for new businesses. .

* Thank you for subscribing to our newsletter.

Previous Overpriced, but falling apart - utility is letting us all down

Next Job: Consortium Finance Manager at Save The Children 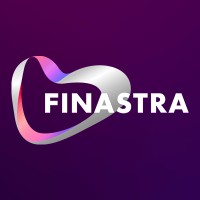